Many have already commented on the UK government’s commissioned report on Race and Ethnic Disparities. In the main, most seem to agree that the report is very troubling and dismisses much of what is already known about race (in)equality in Britain. Many of these critiques focus on one of the main conclusions of the report, that there was “no evidence for systemic or institutional racism”. It’s not worth rehashing these arguments, both because they have already been made well, and because critiquing the conclusions seems to miss the heart of the matter – the clear misunderstanding of how race and racism operate.

Unfortunately, ignorance of race and racism, and a lack of openness to the possible ways in which it manifests, may have been a direct consequence of the highly political nature of the report. Such politically motivated thinking seems clear in the selection and interpretation of data. In most cases where disparities exist these are explained by appeals to ‘culture’, individual agency and ‘family breakdown’. In other cases, the data is selectively reported to attempt to show no differences at all (or indeed White disadvantage).

There were many egregious examples of this selectivity but, the view that “for many key health outcomes, including life expectancy… ethnic minority groups have better outcomes than the White population” is particularly shocking. The conclusion about life expectancy is based on data from Scotland where only a small percentage of ethnic minorities live – Black people are not even included in the analysis. But as with most science, the study is based on an earlier study covering England and Wales which did show lower life expectancy for Black people. 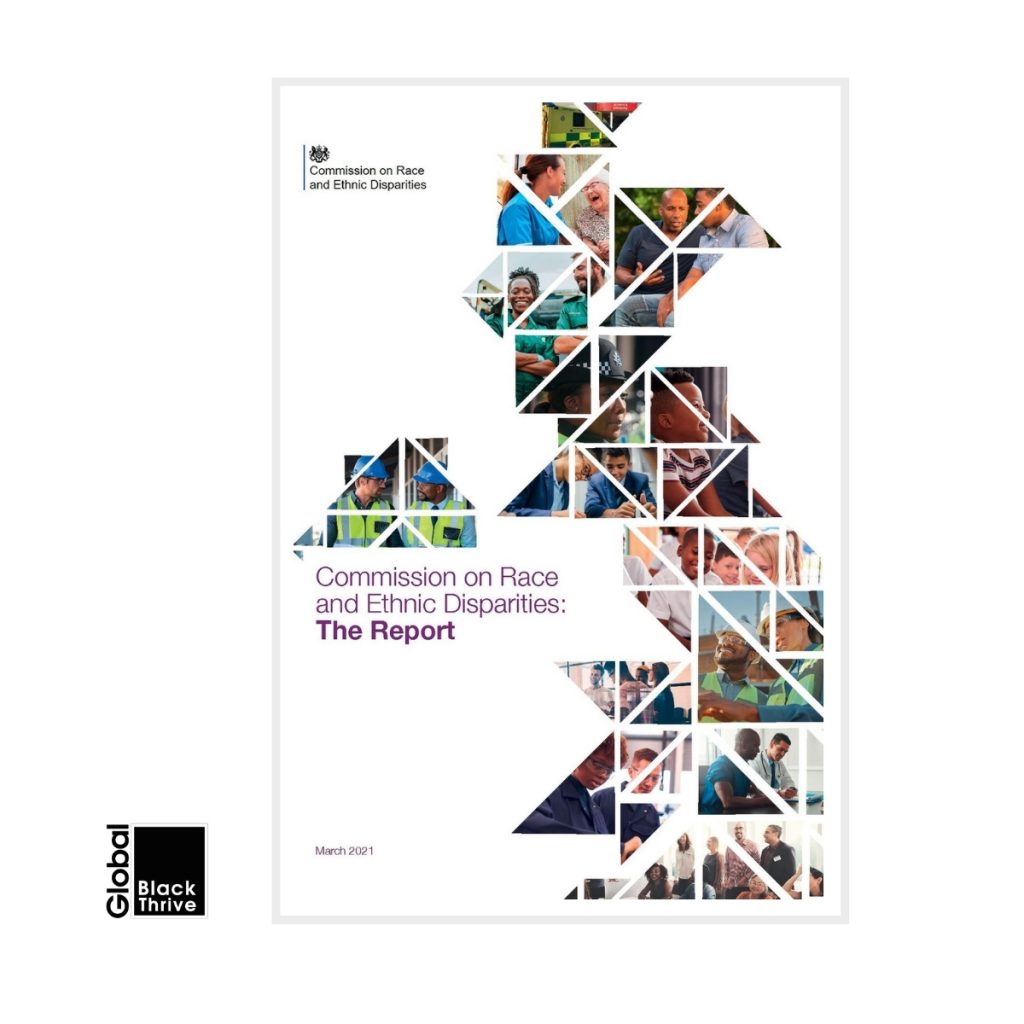 If you have not read the CRED report

In a similar vein, the report claims that “research into the fairness of juries shows that jury conviction rates for ethnic minority and White groups are similar across a range of offence-types, with only small differences and no overall pattern”. Actually, the research shows that in real jury verdicts there was a 4% difference in conviction rates between Black and White defendants. The report says these differences are small, but given the sample size (n = 68,451 cases) the difference is likely to be statistically significant and meaningful – with almost 3,000 more Black people found guilty.

The report does nothing to lead us to such a goal. In fact, the report has no particular narrative structure, is inconsistent and has clearly been written by a committee forced into engaging in a kind of mental gymnastics where every piece of evidence must lead to the same place – that there is no institutional or systemic racism. It’s not shocking to discover that some commissioners have complained that the report was written without them.

To realise a post-racial society we need to agree upon what race and racism are. The starting point for that discussion is to recognise that race is not real. There is no such thing as human races in biology. There is no known gene that ‘Black’ people (or any other ‘race’ group) share which is exclusive to them and not found among another group. Race then is a set of (relatively recent) ideas about the psychological and physical traits of a variety of groups that are socially constructed.

The key to understanding how racism manifests is to first interrogate the ideas associated with these races and how such ideas have been implemented in political, economic and social institutions, and manifest in attitudes. What the report does intrinsically is to assume that if racism exists, then all non-white people would be equally and similarly affected. Thus, where some groups are doing better, say in education, this is seen as proof that there is no racism – rather there are problems inherent in particular groups.

Racist beliefs hinge on the assumption that each race has different attributes. In the education example, of course, there are racist stereotypes about the intelligence of Black people being lower than that of other groups and indeed the reverse stereotypes are applied to people from Asia, in particular people from East Asia.

Since there are no biological differences between races that could explain consistently differing attainment and similarly no specifically shared culture (even among ‘Caribbeans’) – what could the issue be? It seems quite possible that in both cases racist ideas do play a role. The evidence presented in the report shows that Black and Asian children’s attainment is about the same at age 4 to 5; yet by GCSE the attainment gap is more than 14%. What is potentially intervening in those years are the expectations of society at large, the family and their experiences of navigating the education system, geographic differences in the quality of education, attitudes of teachers and wider discourses to name a few. The report is so inconsistent that it alludes to this very point where it is shown that Indian and Chinese people have high rates of unemployment, despite excellent educational outcomes and ‘generally…positive stereotypes’.

What these comments point to is the need for a deeper understanding of race and racism as it applies to particular groups. We must all work together to eradicate the circumstances which lead to racial differences in outcomes. But to do that we need to attend to the ways in which racism can impact groups differently. Just as ethnic minorities are not a monolith, so too is the racism they face and its particular impacts.

Black Thrive’s mission is to specifically attend to the needs of Black people in a society which was, and is, institutionally, systemically and systematically racist. We feel now, more than ever, our work is necessary and we will not let this report and its biased conclusions detract us from the work that we must do to realise a future where Black people are able to thrive in this country, and wherever they are located, in our lifetimes.